The parents’ guide to GCSE reforms

The changes to the content and structure of GCSEs is a lot to get your head round. The new GCSEs have been taught in schools since September 2015, and the first new set of English language, English literature and maths exams took place last summer (2017). For most other subjects, the new GCSEs will be examined from the summer of 2018. The new GCSEs have new syllabuses and a different grading system, all of which can be quite confusing, so we’ve summarised what you need to know for you.

So what has changed?

The old system using letters A* – G is being replaced by a new one using numbers 9 – 1 (where 9 is the highest). This was used for English and maths in 2017, and most other subjects in 2018. They won’t translate exactly (so an A* does not equal a 9), but roughly, it will look something like this: 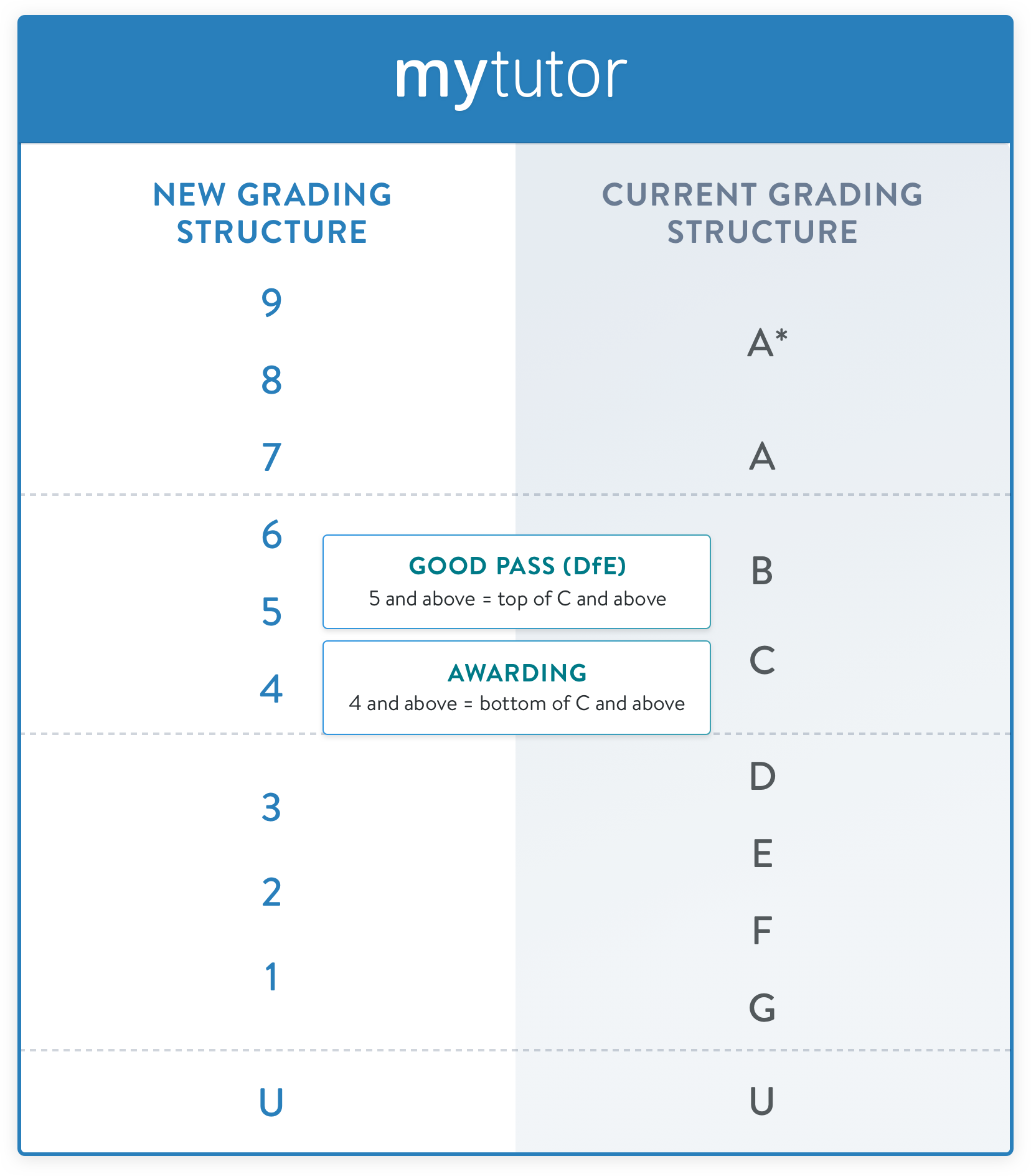 For the first year only, grades will be awarded so that the students who would have got a C the previous year will get at least a grade 4. This is so that the first year group to take the new GCSEs are not disadvantaged due to the new system.

The current Year 11s will get English and maths results under the new numerical grading scheme and the rest of their options will be graded A* – G. The current Year 10 students will sit most of their GCSEs under the new system, but they might have some under the old system, for example if they are taking ancient history or ICT, while those pupils now in Year 9 will be fully “moved over” on to the numerical grading system.

The new GCSE courses include much less coursework than before, with grades in almost all subjects depending on exams. The content of the new GCSEs is also different.

Moreover, 5% of the marks available in English literature, history, religious studies and geography will now be for spelling, punctuation and grammar.

The new GCSE courses are designed to be more rigorous with exams taken after two years of study, rather than in modules with exams along the way.

League tables used to use the highest mark students achieved in exams (including resits), but will now only include students’ first marks.

At the moment, students can take a variety of ‘core’ subjects and vocational qualifications at GCSE. However, all students who started year 7 in 2015 must study five ‘core’ academic subjects to GCSE – English, maths, history or geography, science and a language.  The EBacc will be awarded if they achieve a ‘good pass’, and will be used to rate schools.

Students will be awarded a Progress 8 score based on their results in English, maths, 3 EBacc subjects and 3 other subjects, and calculated to show their progress since the end of primary school. Schools that do not meet a national benchmark in Progress 8 scores could be considered to be failing. By examining the progress of an entire year group, it is possible to check that all students are making progress, and not just a particular ability group.

How can MyTutor help?

All tutors at MyTutor have been briefed on the changes to GCSEs by subject experts, meaning that they are able to provide up-to-date tuition to help your child through the new GCSEs. They have the time and resources at university to fill any gaps in their subject knowledge to enable them to tutor the new GCSEs. Our tutors recently sat their own GCSEs and A Levels and are still at university, so they are able to provide useful study skills and exam tips to help students achieve top grades in their first public exams.

Laura C. studied English language and English literature, followed by a Masters in Medieval English Literature, at Oxford University. She obtained her PGCE in English at Bristol University, and is now an English teacher in Cambridgeshire. She is an English, history, Latin and Greek tutor. Find out more about Laura here.

Exams can take their toll on your stress level and for some people this can affect the...

How to prepare for your first tutorial Know your student Effective tutoring starts fro...