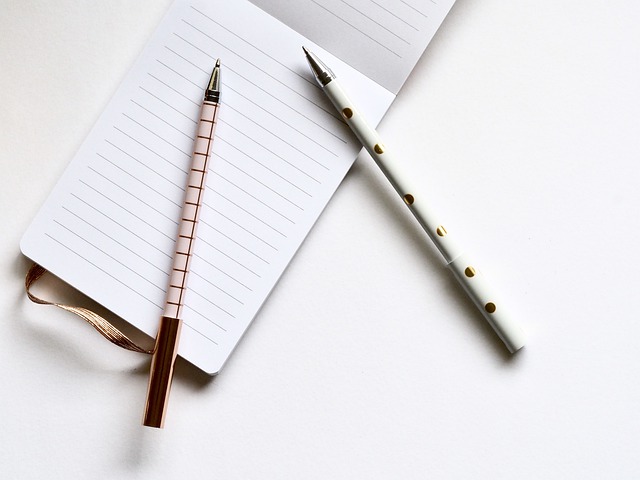 Creative writing mistakes and how to solve them

At the age of fifteen I wrote my first novel on scraps of notepaper whilst bored during my Science GCSE classes. Six years later, with a second novel written and the first one rigorously redrafted and edited, I’ve learned a lot on my writing journey through making mistakes. The following are the ones I did most often, and still sometimes do, whilst writing.

John Green’s teenagers may speak in metaphors and similes but, unless you’re a very skilled author, writing your dialogue as poetic and formal as the narrative is going to make it unrealistic and awkward to read.

Dialogue in writing is no different to dialogue in real life. It will reflect the character’s individual personality, their speech patterns, and their background. Every character will speak differently. Be an eavesdropper – wherever you are – then use that for your own writing to create characters whose voices actually speak to the reader.

From the moment we learn creative writing our teachers censor the word ‘said’ like it’s a swear word. And instead getting us to use an eclectic mix of synonyms. Now, rewrite everything you’ve learnt.

Read your favourite author’s books – do they use said? Yes. Do you notice it? No. ‘Said’ is just a background indicator of who is speaking not how they speak. How the character is speaking should be shown in the dialogue itself. So don’t tell the reader a character is stuttering, show it through ellipsis and repeated words.  This, again, will make the dialogue far more realistic and the narrative less clunky. Thus, expanding your writing ability by forcing you to write effective dialogue rather than relying on descriptive words.

No one’s perfect. That’s a fact we learn in real life, but it’s something a lot of writers haven’t yet learnt for creative writing.

There are so many books where the character is a flawlessly beautiful, kick-ass black belt Karate expert and leader of an anti-government rebel group who also has the time to get 100% on their homework and help old people across the road.  Even fictional characters need to be rooted in some sort of reality, so give your characters flaws, both in terms of appearance and personality. All of these flaws will make your character more likeable, not dislikable. Because your reader, as a flawed person themselves, will be able to connect and sympathise with them.

It’s easy to resort to well-worn phrases such as ‘he ran as fast as a cheetah’ or ‘her eyes were like emeralds’ when you’re stuck for description, but clichéd metaphors and similes will likely lose the reader’s interest and the story’s originality.

Creative writing really does demand creativity. Is ‘he ran as fast as a cheetah’ actually the best way to describe your character’s speed? Or would ‘he ran as fast a man who has just remembered he left his oven on at home’ be more accurate, visual, and memorable? Either rework clichéd phrases or come up with some new ways of describing the world.

Telling the reader too much

Say it with me: ‘Show not tell, show not tell.’ Then repeat that over and over again in your head whilst you’re writing and you’ll be one step closer to a great story.

But what does it mean?  Well, your friend is unlikely to say ‘I’m worried.’ You’ll guess they’re worried because they’ll bite their lip, or fiddle with their hair, or talk less, or seem preoccupied. When you’re walking outside, you don’t have a voice in your head saying ‘it’s sunny’. You know this from the warmth on your skin, the light breeze lifting your hair, the fresh smell of grass, and the sound of birdsong.

Although fictional, a story should still feel like real life to the reader. So don’t shove obvious information in their face, but make them read between the lines. Subtly reveal the story through feelings, sensations, and emotions.

And the final, worst mistake…creative writing shouldn’t be hard work. It’s a chance to explore your imaginative capabilities, to fall in love with writing, and to create interesting worlds you’d like to live in and fascinating characters you’d like to meet. Most importantly, writing means you can finally tell that story you’ve been itching to tell.

Exams are over and now you’ve got so much time on your hands… so what can ... Read more

Fictional stories are only restricted by the limits of the writer and reader’s imagi... Read more

With GCSE and A level exams coming up, you might be feeling stressed out. Most teens w... Read more