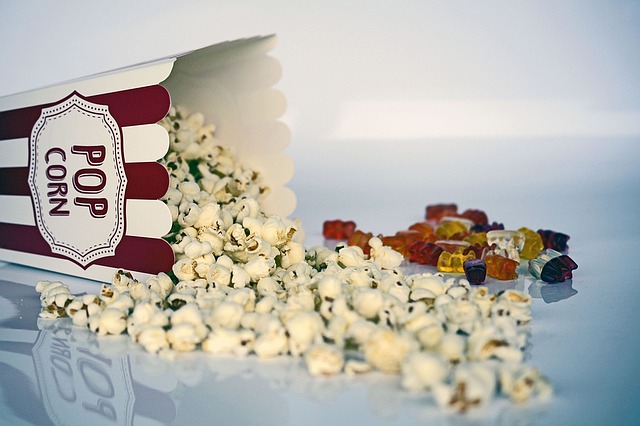 Literature movies: how Hollywood can help your English grade

Get ahead by reading next year’s English texts. But you don’t have to keep your nose in a book; listen to the audiobook or, watch literature movies. This can be a lot less intense and make you feel relaxed while you’re still learning. Here are some reasons why turning to Hollywood’s version of English Literature can be a good thing.

Backing up primary study with film can be a fun, interesting and a helpful way to supplement work. It can help you feel confident to discuss literature, engaging with the ideas of others, whilst exploring your own. This leads to exam success. And more importantly allowing you to enjoy your schoolwork, as you develop your own voice.

Adaptations often make texts more accessible. Watching the plotline enacted makes novels easier to understand, whilst bringing characters to life. It provides a neat gateway into a text, furnishing you with a visual landscape to supplement your own imaginary one. With texts that jump around between time periods, such as Wuthering Heights, this is often invaluable!

However, it is essential to make sure you can differentiate between the stories of your books and those of the films. Sometimes directors add their own scenes. GCSE exam boards warn teachers to ensure their pupils don’t write about ‘the swimming pool scene’ in Romeo and Juliet, influenced by Baz Luhrmann’s 1996 film, starring Leonardo DiCaprio!

Studying the film can also allow you to explore the author’s aims. Discussing director’s casting, costume and location choices can bring out authorial decisions about characterisation and setting.

Watching DVD bonus features can stimulate such work, where location managers and costume designers explain their choices.  Some productions have accompanying ‘guides’, such as The Making of Pride and Prejudice by Sue Birtwistle and Susie Conklin about the 1995 version starring Colin Firth. Whilst the ingenious adaptation of Richard III with Ian McKellan has its own website, including the script for the film featuring a commentary written by McKellan himself.

Finally, watching more than one adaptation can help you make even more comparisons. Exploring the different elements of a text various directors have highlighted, controversial elements of a story can be flagged up.  For example, by watching the various ways in which filmmakers have interpreted Katherina’s final speech in The Taming of the Shrew, students can consider what aspects of the conclusion particularly rankle with audiences, and whether there are alternative reading to the play.

Starring Sir Ian McKellan in the title role, this dazzling production shows McKellan deliver a tour-de-force performance as the play is relocated to a fictional British dystopia set in the 1930s. Heavily drawing on Nazi Germany imagery, it is full of fascinating material to aid exploration of Shakespeare’s classic.

The classic TV adaptation has influenced readers of Austen’s novel since it was broadcast. Paying attention to the ‘battle of the sexes’, scriptwriter Andrew Davies sought to sex up Austen through his focus on the physicality of Lizzie and Darcy’s relationship. Students could compare this with Joe Wright’s 2005 film adaptation to explore different ways of reading Darcy’s pride.

Much Ado About Nothing (ShakespeaRe-Told) (2005), dir. Brian Percival

Contrasting to Kenneth Branagh’s 1993 perfect adaptation, this updated version of the comedy is set in a provincial TV newsroom and stars Sarah Parish and Damian Lewis as Beatrice and Benedick. The setting infuses the text with comedy and pathos.

The Importance of Being Earnest (2002), dir. Oliver Parker

Rupert Everett was born to act in any and all Oscar Wilde plays, and he delivers a witty performance of Algy in this lush production. The banter between Everett and Colin Firth as Jack brings Wilde’s sparkling dialogue to life. Whilst Judi Dench is a compelling matriarch, in another made-to-play role. This light and frothy film perfectly captures the tone of Wilde’s play. Everett also stars in another luxurious Wilde adaptation, An Ideal Husband (1999).

The classic black-and-white production starring Gregory Peck as Atticus Finch is a mesmerising film, narrated by the older Scout. The camera angles and music allow you to experience the film through the eyes of the fantastic child actors, drawing out the youthful experience of racism and prejudice in the Deep South. Peck’s wistful performance brings gravitas to the role of Atticus as we see him in both his formal occupation as a lawyer and in private as a widowed father.

The Psychology of Revision – How to hack your brain

The brain is the most important organ in the body. And never does it seem more valuab... Read more

Should I move away for university or stay close to home?

It is extremely exciting choosing which university to go to. You may even start to ima... Read more

It’s MyTutor Awards Season. Here’s how you can send in nominations!