The MyTutor Guide to Politics

Politics. Everyone’s been talking about it recently. We’ve heard words and phrases like ‘hung parliament’, ‘coalition’ and ‘Queen’s Speech’ thrown about, but what do they really mean? And why do they matter?

In the UK, a ‘hung parliament’ is what happens when no one party has enough seats in the House of Commons to secure an overall majority. We saw this in the recent general election, where the Conservative Party, led by Theresa May, won 318 seats. To have a majority, she needed to have won 326, since there are 650 MPs in the Commons. The Labour Party came in close behind, with 262 seats, followed by the Scottish National Party, with 35, and the Liberal Democrats, with 12. There were also some political parties who won no seats, such as the Monster Raving Loony Party (yes, it’s really called that!), the Ulster Unionist Party and UKIP, the UK Independence Party. Although there are several political parties in the UK, as a general rule it’s the Conservatives and Labour who win the most seats.

It’s important for the ruling party to have a majority, so they can get their bills passed in Parliament. If they don’t have an overall majority, other parties working in coalition (i.e. together) might be able to block their bills from being passed, or at least get the content of the bills modified. From the point of view of the largest party, this is a headache, as it makes it hard for them to achieve policy change and political reform. It also undermines their authority, since their mandate to govern is weaker than if they had an overall majority.

To overcome this problem, the largest party will try to enter into an agreement with a smaller party, in order to form a majority. This is known as a coalition. You might remember this happening in 2010, when the Conservative Party joined together with the Liberal Democrat party. This meant David Cameron (a Conservative) became Prime Minister, and Nick Clegg (a Liberal Democrat) became Deputy Prime Minister. Currently, the Conservative Party is trying to enter into a coalition with the Democratic Unionist Party, known as the DUP for short – a right-wing Irish party which opposes reproductive rights and believes Creationism should be taught in schools. 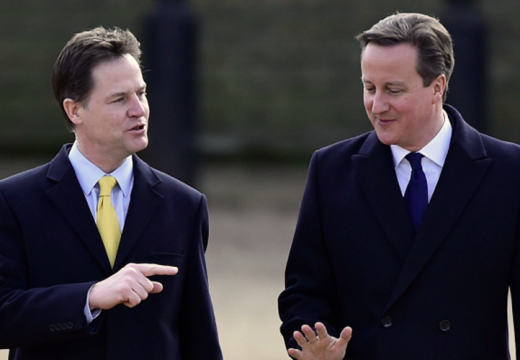 The Queen’s Speech happens when a new ruling government has been formed. It might be a majority government, or, occasionally, a minority government, as happened in February 1974, when Labour came into power, headed by Harold Wilson. However, a general election followed soon after, in October of the same year. This is more liable to happen with a minority government, as the ruling party finds it hard to get their policies enacted, and so call another election, in the hope that their number of seats will increase and allow them to govern more effectively. Luckily for Wilson, his political gamble paid off, as the Labour party won 18 extra seats.

The head of the largest party, also known as the Prime Minister, goes to Buckingham Palace to ask the Queen if he or she can form a government. Although technically the Queen (or King) can refuse, this never happens. The last time the monarch refused the will of the people or of the government was in 1708, during the reign of Queen Anne.

What does this have to do with me?

In the recent election, youth turnout reached 58% – an all-time high. When young people turn out to vote, politicians pay attention to what we have to say. It incentivises them to listen to our demands and provide policies which benefit the young in society. However, politics doesn’t only happen during a general election. Democratic politics is an ongoing process, and you can have an impact, even if you are below the voting age. Are you worried about the cost of tuition fees? Do you wish your school had more resources? Does the 50mph road near your house leave you worried for pedestrians and cyclists? All these issues are political, and your voice can make a difference, no matter how old you are. Below are some resources and ideas to help get you started.

You’re never too young to be learning about politics. Politics should be seen as part of everyday life from the get-go, rather than a distant process you only hear about on the news as you get older. BBC Bitesize offers loads of amazing resources to educate younger children about how our political system works. Check out their page on democracy in the UK, or their explanation about how the UK voting system, First Past the Post, works.

Here’s a brilliant short video explaining what Parliament is.

Try talking about politics with your friends, and asking what they think of different topics in the news, to get you into the habit of being politically engaged.

Although citizenship is on the national curriculum, if often gets neglected in schools. The UK government guidance indicates that you should be being taught about democracy, Parliament, the justice system and the liberties enjoyed by UK citizens. Again, BBC Bitesize is a great resource for learning more. We’d also recommend TED talks, such as the one below explaining what universal human rights are. Liberties, or ‘human rights’, are guaranteed to UK citizens, thanks to the 1998 Human Rights Act. The act includes the right to life, the right to be free from discrimination, and the right to private and family life. Liberty, a famous human rights organisation, has written a great summary for those looking for more information.

You can watch a TED video on universal human rights here.

Reading the newspaper is also a great place to start. Get into the habit of reading an article or two a day, and discussing current affairs with your friends or family. The Week provides brilliant summaries of all the news which happens each week.

GCSE-wise, History is probably a good option to choose if you’re interested in politics. You’ll likely learn about the big political events of the past, such as the rise of Communism (a far-left ideology) and World War II. Languages would also be a good bet, since lots of politics happens internationally, at the United Nations in Geneva or the European Parliament in Brussels. 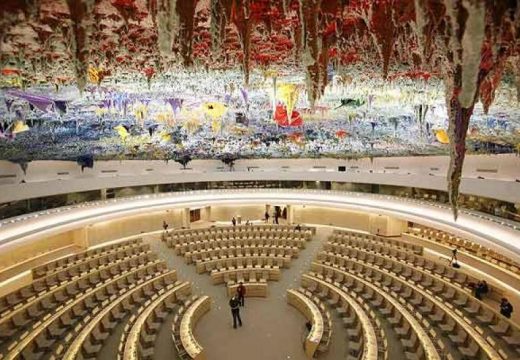 At A-Level, most schools offer the option to study Government & Politics, which is obviously a good choice if you want to learn more. As well as UK politics, you may be able to study the US political system, or the history of political thought. Economics is another good choice, especially if you are interested in how financial policies work, why taxes are important, and how the Bank of England can impact the UK’s economy. Again, History and languages are also a strong choice.

Now would also be a great time to bulk out your CV or personal statement, by getting involved in school activities. Joining or setting up a debating club will leave you well prepared for a career in public speaking, and experience with a Model UN club will expose you to international issues, and possibly even grant you the opportunity to travel to competitions abroad. Writing for your school newspaper, especially on local political issues, will also enhance your communication and advocacy skills.

Outside of school, the UK Youth Parliament offers potentially the best option for affecting the national change you want and networking with like-minded young people. Their current campaigns include lowering the voting age to 16, stopping NHS cuts, and tackling religious discrimination. Looking further afield, a European Youth Parliament also exists, if international relations and diplomacy are more to your taste. Since 1987, the EYP has been helping young people become responsible citizens by ‘involving them in European political thinking and promoting intercultural understanding’, according to their website. Concerned about the impact of Brexit on your future? Interested in globalisation? Why not get involved?

By the time you’ve reached university, your opportunities for political involvement are essentially limitless. You might choose to study politics, political history, political literature, international relations, political thought and philosophy, modern languages… the options are endless, for both undergraduate and postgraduate degrees. Even if you choose to do a BA in an arts or science subject, you can shift your focus later on with a one year MA in the political science field.

Luckily, the UK is also home to several globally renowned universities. According to the QS World Rankings, Oxford, London School of Economics, Cambridge are ranked 2nd, 3rd and 5th best in the world, respectively, for their political science departments. King’s College London, SOAS (University of London), Edinburgh, Trinity College Dublin, and UCL also make it into the top 50. 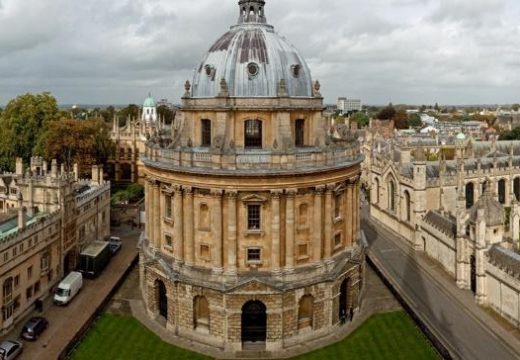 So, there you go. Politics is all around us, and not only that, it’s accessible, no matter how old you are. Malcolm Tucker, the famously irate political spin doctor from TV show The Thick of It, might think most politicians don’t know what to do – but he hasn’t met you.

Lauren has worked at MyTutor on and off since 2016, writing blogs, answering calls, and eating everyone else’s biscuits. She’s currently finishing her MA at UCL, and getting far too sunburnt in this heatwave.

What should I study at university?

Choosing what to study at university can be really tricky because there are so many op... Read more

Ramadan: what is it and how can I celebrate

Ramadan is the ninth and holiest month of the Islamic lunar calendar where more than a... Read more

Not every nail-biting story is on Netflix. Here, we’ve put together our top 12 YA bo... Read more