The education of girls, STEM, and how MyTutor is making a difference 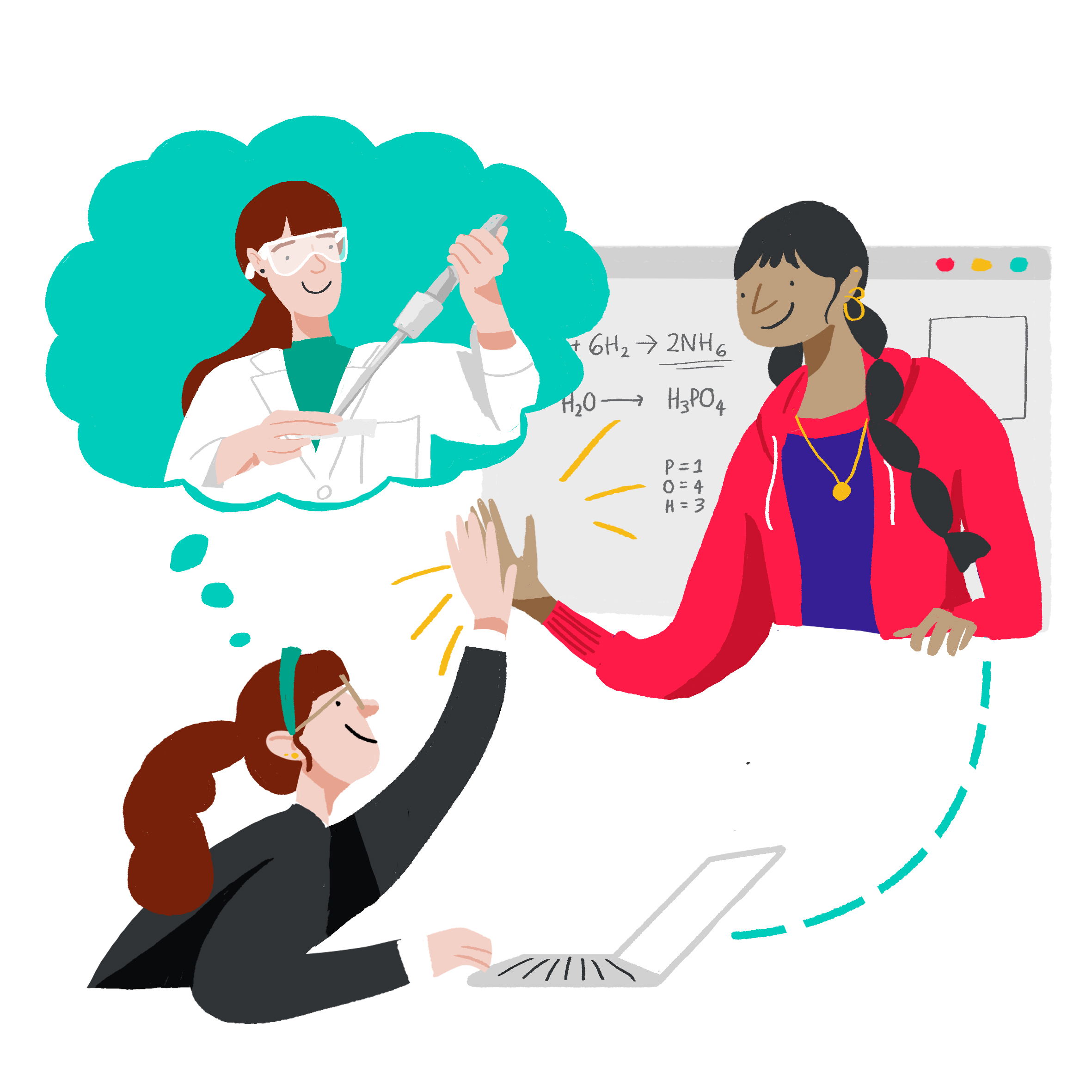 Our female science tutors can be powerful mentors for teenage girls

To mark international women’s day this year, we’re putting the spotlight on the education of girls in the UK today. Although we see more female university graduates and industry leaders than ever these days, in the sciences, referred to as STEM subjects (that’s science, technology, engineering and maths), women have remained a small minority.

In school, girls consistently get just as good results as boys in maths and science exams. Despite this, last year, only 25% of science graduates were women – and this number has stayed the same for the past four years. The problem appears at school level too, as girls are still less likely than boys to take up STEM subjects at A Level.

This has a knock-on effect on the gender balance in STEM industries – currently, only 24% of UK STEM roles are held by women, and we have the lowest percentage of female engineers in Europe. This comes full circle when young girls don’t see female role models in these industries, and then don’t seriously consider STEM career paths as a result.

And with more jobs in tech, science and engineering predicted to appear in the coming years, enabling our girls today is the only way we can empower the female change-makers of the future. So how can we bridge the gap?

Why role models make a difference

While a lack of female STEM role models is a society-wide problem, one way that we can encourage more girls down this path is by providing female role models they can aspire to. One way this can be done is by highlighting important women from history in popular culture. The 2017 film Hidden Figures, for example, told the story of three African American women who played a pivotal role at NASA in the 1960s space race. Ada Lovelace Day, which happens in October, is also a great initiative that specifically celebrates the achievements of women in STEM, in honour of its namesake who was instrumental in building the world’s first computer.

With one-to-one tuition, teenage girls get to choose female university students to teach them science, maths and offer university advice. And that’s just what they’ve been doing. Drawing on data from over 250,000 online lessons, we’ve found that girls are 1.9 times more likely to choose a female tutor over a male tutor. This number rises to a whopping 2.4 times for tuition in STEM subjects. So it’s clear that when it comes to their education, girls are actively seeking out female role models to help them progress.

Shruti Verma, a tutor for MyTutor, is doing a PhD in biomedical engineering, and teaches maths and physics in her spare time. She explained a bit about why these figures are important:

Start at the top

It’s not just in our lessons that MyTutor is helping make a difference. Right at the top of our company, we have female leaders who inspire and empower young women at MyTutor and more broadly in tech. Our CMO (Chief Marketing Officer) Nicola Anderson coaches and mentors female professionals, encouraging them into tech and business leadership. Nicola says,

“I often hear women say they can’t work in tech because they’re not technical enough. What lots of women don’t realise either is that a majority of people working in tech industries aren’t engineers or coders. There are lots of different roles and many women have great transferable skills, if only they knew it.”

We hope that the future will see many more women take the lead in science and tech. If you’d like to find a mentor for your daughter, have a browse of our tutors (they’re all from top UK unis), or book a call and one of our tutor experts will be in touch to help you find the perfect match.

Teen wellbeing during lockdown: 4 tips from a Psychologist

This week is Children’s Mental Health Week, and it’s no news to parents th...

We’ve made it to the Summer holidays! After four long months of homeschooling, paren...

How to bust parental stress and help your teen with school

Family life can be fun, but, let’s face it, it’s a rollercoaster ride. Between the...