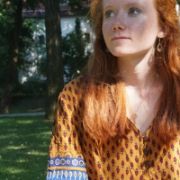 What is the differences between mitosis and meiosis?

Mitosis and meiosis are both processes which describe the production of new cells. Mitosis produces 2 daughter cells which are genetically identical to the parent cell. Each daughter cell is diploid (contains the normal number of chromosomes). This is the result of DNA replication and 1 cell division. Mitosis is used in growth and asexual reproduction. Meiosis produces 4 daughter cells, each of which are unidentical to the parent cell and to one another. Each daughter cell is haploid (contains half the number of normal chromosomes). This is the result of DNA replication, followed by crossing over of homologous chromosomes and separation of chromosomes. There are two cell divisions: the parent cell divides once and then each cell produced by this first division divides once. Meiosis is used to produce gametes (sperm and egg cells), the cells of sexual reproduction. Two gametes fuse to form a zygote, a diploid cell with the full number of chromosomes.

One to one online tuition can be a great way to brush up on your Biology knowledge.

What is the risk of a child inheriting haemophilia A, when both parents are unaffected, but the mothers father suffered from the condition?

What is the fluid mosaic model?