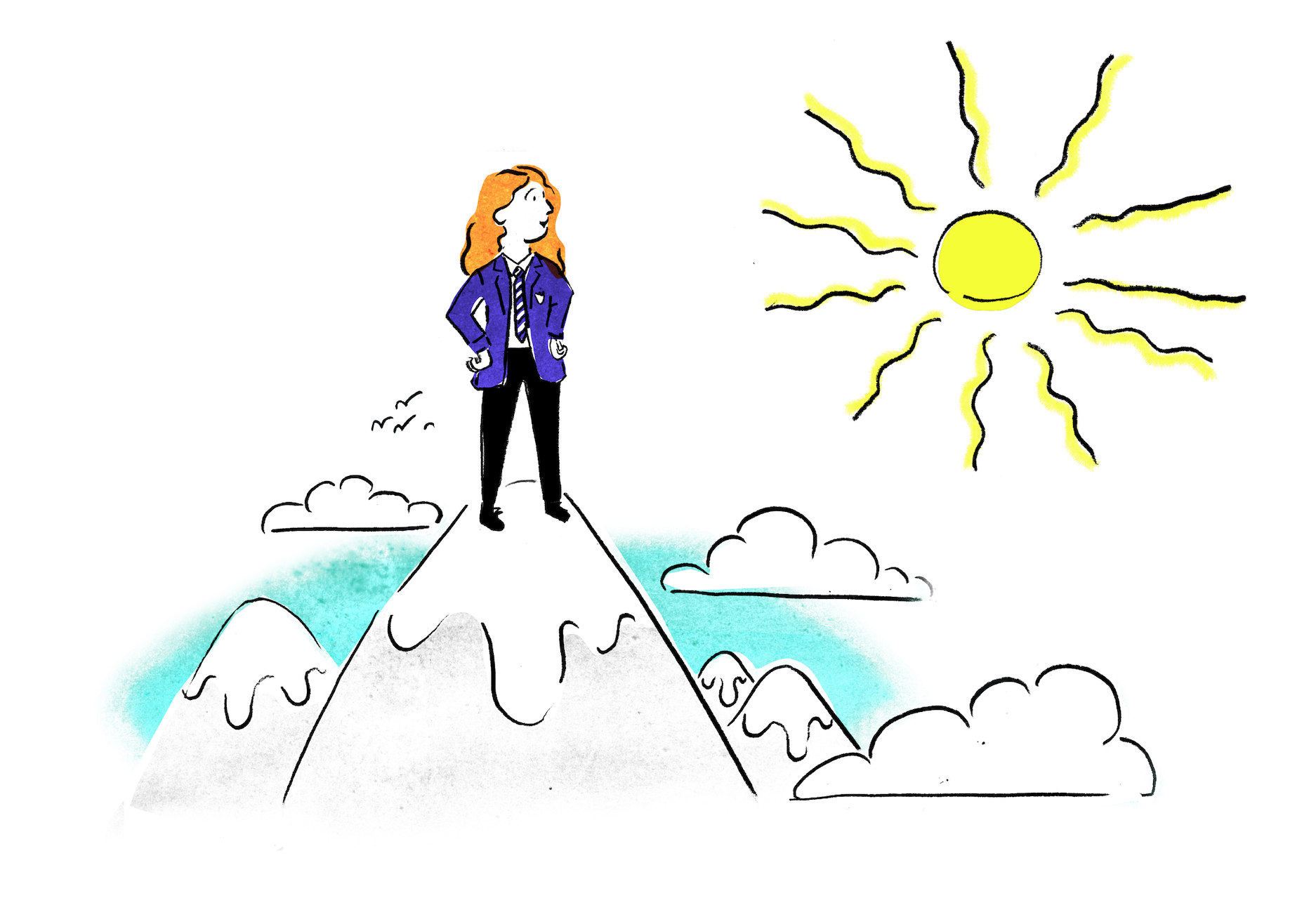 Across the UK, children are rejoicing for the start of the Summer holidays. It’s goodbye to the school uniforms, homework and early mornings, and hello to free time. But while the 6-week Summer break offers them freedom, it can have a damaging long-term impact on their education.

For all the days spent in the classroom, it’s worrying to learn how much of that teaching can get simply forgotten over the Summer. It’s been shown that an average of 6 weeks of Maths knowledge gets forgotten over the Summer break, as well as a month of overall learning. It can take schools up to 2 months re-teaching old material from the previous term to get students up to scratch. This is what we’ve found here in the UK, but what about the rest of the world?

We know that Summer holidays are a global institution, but how do you think they differ across the world? There are many different attitudes to education, and to time off, around the globe. So how does the UK compare, and how could we do things differently?

Longer breaks – a blessing or a curse?

While 6 weeks can sound like a long time off to you (especially if it means finding extra childcare), how would you feel if your child had 13 whole weeks off school? That’s a lot of childcare! And that’s how long kids in Portugal, Latvia and Albania get when school breaks up every Summer.

Similarly, in France school kids get more time off than ours, with 8 weeks off for the nationally enshrined “Les Grandes Vacances” (the big holiday!). This is part of a wider attitude to Summer hols across the board, where most French adults take all of August off work too. For such a developed country, though, they’re disappointed to rank lower than Canada, the UK, Germany and Japan in global schools rankings. With this in mind, the French education minister recently suggested that they reduce this to six weeks, but it was met with an outcry of resistance.

In New Zealand, schools take the same time off as in the UK, with a 6-week break. They’ve had a noted problem with Summer Learning Loss and politicians have similarly lobbied to bring about change. Earlier this year, MP Nicola Willis campaigned to reduce the summer holiday from 6 weeks to 5 because parents are too stretched and are unable to provide the stimulating activity required to avert learning loss.

They’ve found that weeks, if not a whole term or more, are spent helping students catch up to their reading levels from the previous year. Once kids are caught up after the Summer, that’s not the end of it either. The effects can build up over time, causing kids to be in a worse position by the time they reach secondary school.

The USA also has a longer holiday, and a lot of media attention has been paid to Summer Learning Loss, or the “Summer Slide”. A series of studies found that children’s tests scores were at least a month lower when they returned to school in Autumn than scores were when they left in the Spring. A big campaign to tackle this a few years ago was Michelle Obama’s “Let’s Read! Let’s Move!” in 2012, which aimed to improve children’s literacy over the Summer, (as well as their physical health). 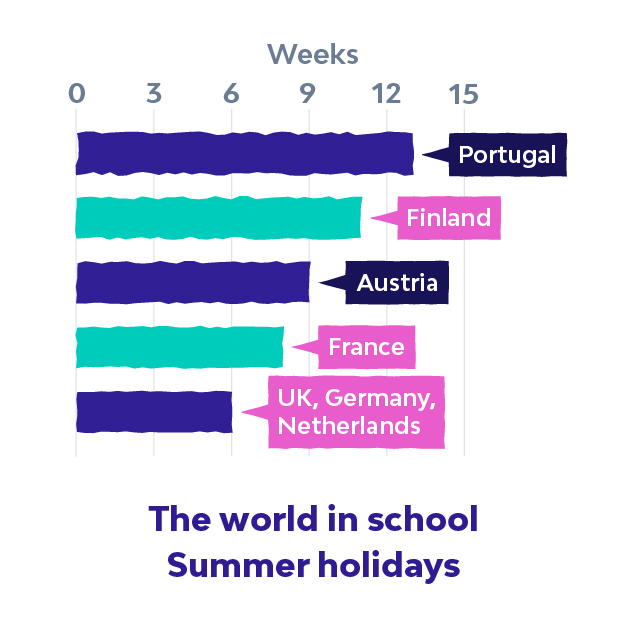 By contrast, kids in South Korea get an average of just 4 weeks off school, the shortest Summer break in the world. They’re known for their strict education system, but if we look at the results it appears to pay off – they consistently score in the top 5 countries in PISA rankings (an international test of 15-year-olds’ maths and literacy) each year. We know that exam results aren’t the only marker of success in education, though, as creativity, emotional and physical health are all important in the long-term too. The South Korean system has been criticised more recently for being too strict, after reports of extreme stress and anxiety in many of their school kids.

Looking at these international rankings though, it isn’t as simple as shorter holidays making better results. A great example of this is Finland. They’re often seen as having the best education system in the world, and they consistently rank in the top ten education systems in the world. Their Summer break is a very generous 10-11 weeks though, and they’re famous for giving kids little-to-no homework (don’t tell your teen!). The 2015 Pisa report on teens’ happiness and well-being levels across the world also spoke volumes about different teaching attitudes, with holiday happy Finland scoring 5th in the world, while study-centric South Korea came in a more worrying 47th.

With learning loss widely understood to be a global problem, there are many different approaches to tackling it across the world. In Portugal and the USA there are big cultures of Summer Camps and Summer Schools to keep kids learning, when parents can afford it.

Summer tutoring is also popular around the world, to help balance Summer fun with regular light-touch learning. It’s been proven that just 2-3 hours of learning per week is enough to help kids retain knowledge from the past academic year, and stop Summer learning loss in its tracks.

So while there’s all that time for family holidays, sports camps, creative projects and simply chilling out, a measured amount of learning each week can keep the academic stuff ticking over in their heads. This doesn’t mean they should be hunched over their desk revising for two hours a week – the freedom of the Summer is a perfect chance for your teen to learn in different and exciting ways. That could mean an hour of tutoring one day for a bit of guidance from a subject expert, then half an hour of reading and a visit to a museum. Your child will still get their fun in the sun, and they can head back into school with a fresh passion for learning.

The life of Stephen Hawking

The Seriousness of Statistics; Why Do We Do This?

After exam results are released, regardless of the qualification or level they are for... Read more