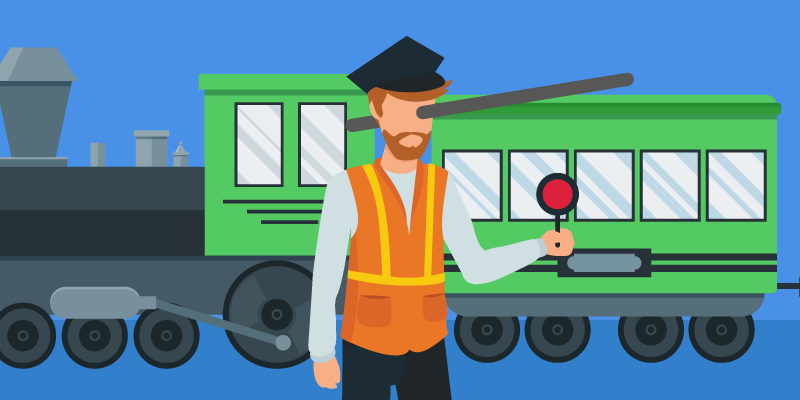 The weird ones are always the best. Those studies which leave you questioning the conclusions and the methods seem to stick with us. However, remembering study after study can send you to sleep with little understanding of why you chose Psychology in the first place. Then there are those topics which everyone tends to hate. Biopsychology and statistics. To nerds such as myself they are fantastic, but to most they either fill you full of dread or switch off your brain quicker than the latest reality TV show.

One key question for this topic is how do we know what different parts of the brain do? For example, how do we know which regions are crucial for personality, language or memory? Early and pioneering brain research in the 19th and 20th centuries powered our modern-day understanding of the functions of the brain and localisation of different functions. The case study of Phineas Gage is a prime and strange example of just this. 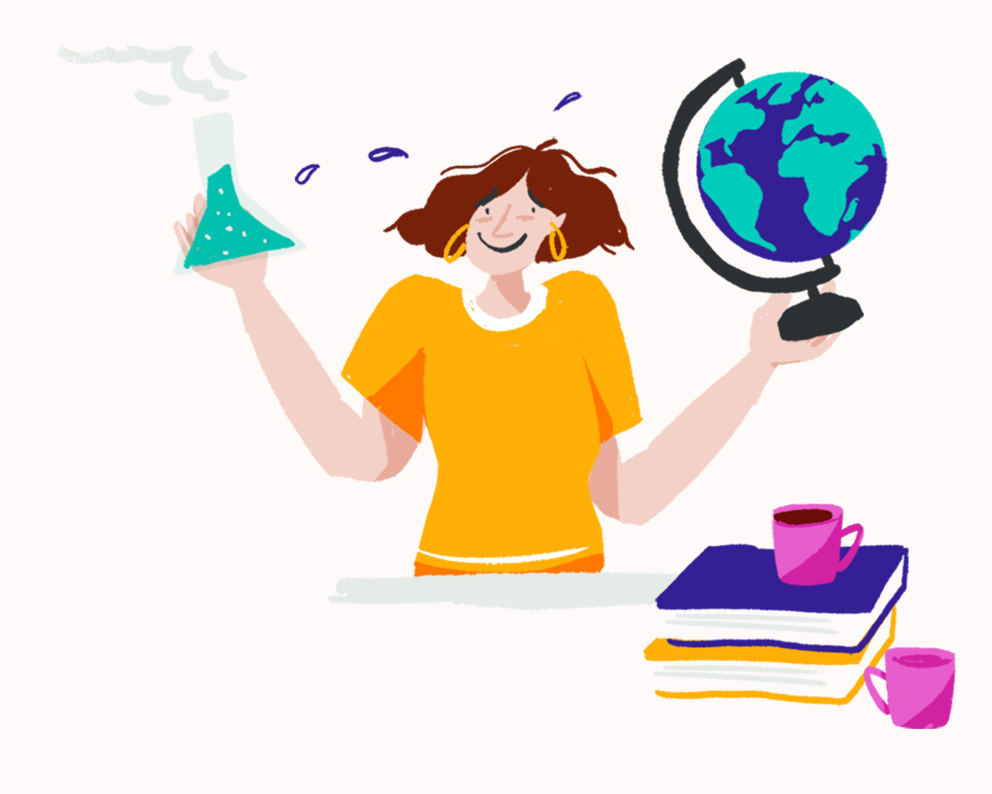 Gage was a railroad foreman who became one of the most well-known case studies in psychology. His job, amongst other roles, was to tamp down the gunpowder to allow controlled explosions for the construction of railroads. He did this by patting down sand on top of gunpowder using a large iron rod. This enabled his team to clear rocks and outcrops which impeded the continuation of the railway tracks. At the age of 25, on September 13, 1848, Gage was carrying out his job but failed to deposit sand within the hole in which he placed gunpowder. As a result, as the iron rod scraped across the rocks, a spark ignited the gunpowder and sent the rod flying through the front of his left eye and skull, leaving it some metres behind him.

Amazingly, he survived, after a tumultuous recovery which saw an infection that left his attendants preparing for the worst (e.g. his coffin was ready to go). In fact, the accident was so incredible that some, upon hearing of Mr Gage, sought out the iron rod (safely deposited at a local blacksmith’s) in order to inspect it for blood and brain. In the two months after his accident he steadily recovered, although not quite as quickly and fully as an optimistic Gage thought he would on the day of his accident. He reportedly claimed he would be back to work within a few days. Supposedly, he also remained conscious following the initial accident and was able to present himself to the local doctor whereupon he said, “Doctor, here is business enough for you”. This in itself is amazing enough. That alone wouldn’t make this much of a psychology study though, would it?

The most interesting part of this story is what effect the incident had on his personality and what it told us about the brain. The accident produced significant damage to his frontal lobe. The doctor who attended Gage, Dr J.M. Harlow, claimed that his patient changed from a mild-mannered and hard-working individual into a “profane” and “fitful” individual whom his friends no longer recognised as the same man he had been prior to the accident. The doctor also went on to say Gage became anti-social and impulsive and had problems in planning for the future. This led to the conclusion that the frontal lobes are responsible for personality and problem solving / planning. This was corroborated by the claims that following damage to his frontal lobe he started to exhibit wild risk-taking behaviours, aggression, and salacious behaviour. Understandably, he has been a prime fascination for contemporary and modern individuals interested in the brain and what it means to be human. His case highlighted that specific brain regions (e.g. frontal lobe) are crucial for specific psychical functions (e.g. personality) – termed localisation of function. 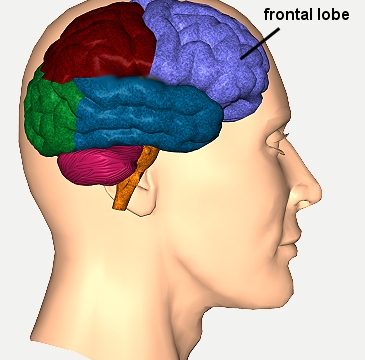 The findings from his case support what we currently know in the modern day about the frontal lobe and the effect of damage here. Frontal lobe syndrome which occurs following damage to the frontal lobes can present with a wide range of problems. Some examples include personality change, impulse control difficulties, aggression, problems in attention, and difficulty carrying simple tasks which require planning and decision making. For example, Wilder Penfield’s (an eminent and incredible cartographer of the brain whom we’ll come back to in a later article) reported on a rather interesting surgical case of his in the early 20th century. The case just so happened to be his only sister, Ruth. She had a tumour removed from her right frontal lobe and following the surgery she showed evidence of difficulties in daily tasks such as preparing a family meal. This shouldn’t be too surprising if you consider the amount of planning and memory functioning required. Another instance of frontal lobe damage, reported on by Eslinger & Damasio 1985, found their patient’s IQ remained intact, at an impressive 130, but he also became unable to carry out simple tasks (e.g. choosing a restaurant could take hours).

By contrast, damage to the frontal lobe caused by the surgical procedure known as the transorbital lobotomy or prefrontal leucotomy produced apathy, passivity and a marked docility in those who underwent the questionable (at best) and barbaric procedure. It’s clear we’re still not certain exactly what roles the frontal lobes, and their subdivisions, play, even with our advances in neuroscience and brain imaging.

Although Gage is the earliest case study in the medical literature, his is not the earliest reported instance of altered behaviour following frontal lobe damage. The wordsmith Dr. Oliver Sacks, in “An Anthropologist on Mars”, recounted the changes seen in a Dr North, who went from being anxious, obsessive and prone to moralising to a man who was reported to be reckless, to drink to excess and who found a new joy in “improper jokes”. These changes were claimed to follow a stroke to the frontal lobes. Although the source for the location of the stroke is uncertain at best.

Source, sources, sources. There is, as there always is, debate here as to the extent of Gage’s change in behaviour! Those claims about his behaviour by Dr Harlow were not made shortly after he saw his patient, but actually after his death – eight years, in fact, as he made the statement that his “acquaintances said he was ‘no longer Gage” in 1868. Moreover, they were made about Gage’s final months, when he was too ill to work because of the epileptic fits which he was experiencing with increasing frequency. However, prior to this point, he had been supporting himself with hard work. He initially made money out of showing himself off as a wonder (in fact, many in surgical circles refused to believe such a case was possible) and prior to his death successfully held a difficult job as a stagecoach driver. In fact, modern accounts claim that the predictability and difficulty of the stagecoach job may have helped Gage’s social and cognitive recovery. Yet, the reports on Gage’s character as impulsive, irresponsible, and irascible are seemingly conjured out of his legend and legacy. There are contradictions in reports, even amongst those who treated or spoke to him and his family, and most of our “knowledge” about his personality is based largely on modern accounts of dubious truth.

Finally, for any students, the differences in reports can also be attributed to the viewpoints individual sources wanted to support (there’s a reason we keep asking you to evaluate, promise). Those who exaggerated Gage’s personality changes were supporters of localisation of function in the brain, and those that underplayed them – you guessed it – were against localisation of function. This makes it particularly hard to draw definite conclusions on Gage’s case, and the lack of contemporary reports limits us further. Nonetheless, his case is extraordinary and set the stage for our modern understanding of the brain and neuroscience. Whether we can believe he was “no longer Gage” is unclear, but the exaggerated reports fit loosely with modern reports of damage to the frontal lobes. If nothing else, it makes that lingering headache seem instantly more manageable…

Jack B. is a PhD student at the University of Manchester. His research looks at why sleep is vital for our mental health and how too little sleep may explain strange experiences such as hallucinations and delusions. He tutors Biology and Psychology with MyTutor.

How to write the perfect introduction

Writing an introduction can be one of the most nerve-wracking parts of writing an essa... Read more

How to compare values using percentages

Percentages is a topic that many students struggle with in GCSE maths. But understandi... Read more

Fictional stories are only restricted by the limits of the writer and reader’s imagi... Read more