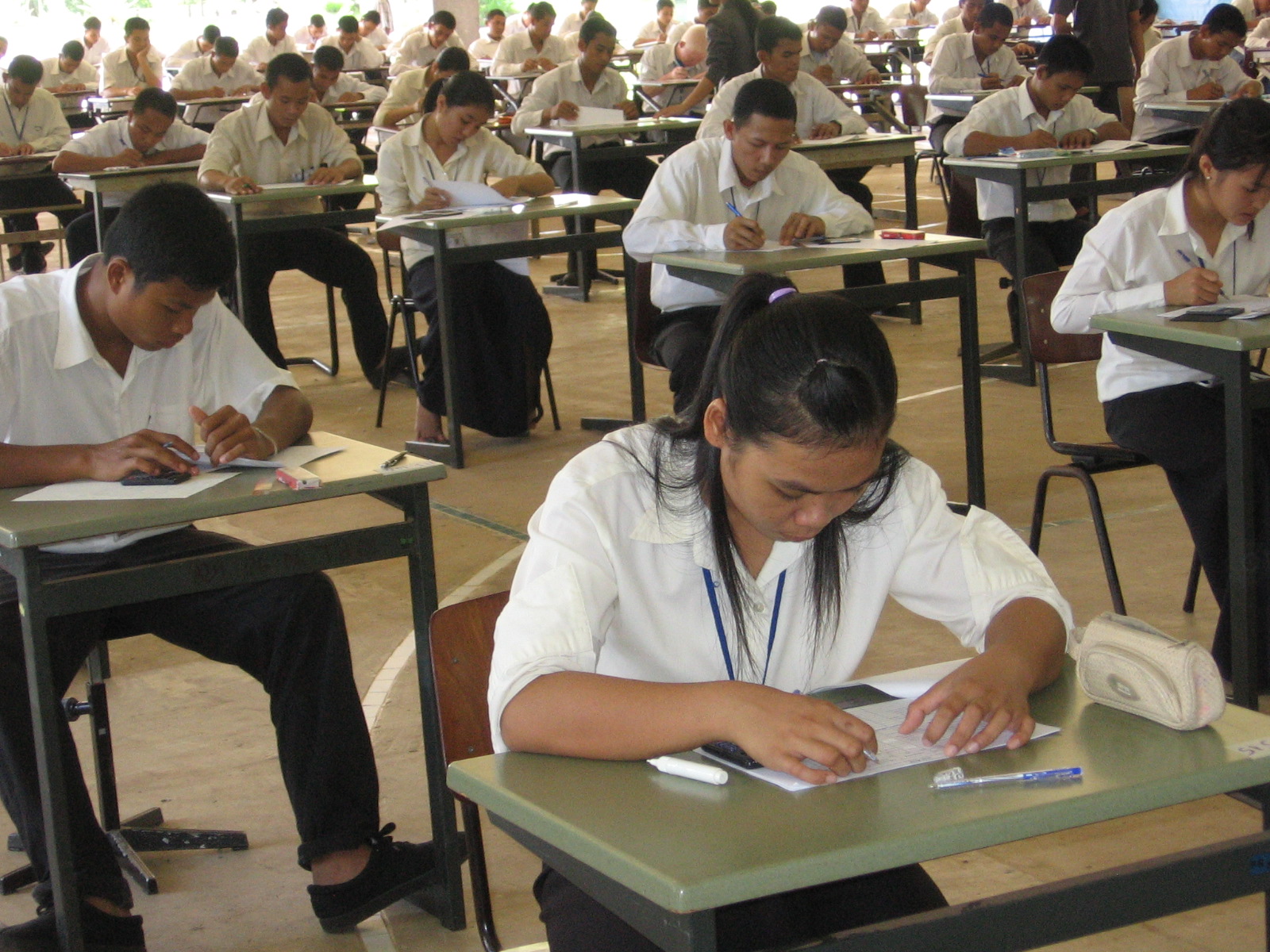 The 3 hardest exams in the world

If you think there’s nothing harder than an essay question on ‘Mice and Men’ or an OCR Maths past paper, then think again. MyTutor presents the shortlist of the hardest exams in the world.

Remember the Maths Challenge? That strange paper containing impossible maths questions, sprung upon classes the UK over by unrelenting maths teachers? How you couldn’t even understand the questions, let alone answer them? The Maths Challenge is only the first round of the IMO: an annual six-problem exam introduced in 1959.

If you succeed in the Senior Maths Challenge, you’ll go through to the British Maths Olympiad. Of all the students who compete in this, only twenty are invited to a selection camp at Trinity College, Cambridge. Where – you guessed it – they’ll have to sit more exams. The top nine students are then sent to a final selection at Oundle School, with the top six being selected for the national team.

Think your revision timetable is hellish? This team of six have to spend a whole year training for the IMO, doing practice exams and even flying to a special training camp in Hungary. And all this before they even reach the IMO exam hall. No wonder it’s considered to be one of the hardest exams in the world.

Think you could hack it? Why not check out these past paper questions. And the exam does not allow calculators!

The All Soul’s College Fellowship Examination

It’s tough getting into Oxford. Mix together perfect grades, hours of interview preparation, and a little bit of luck and you might just get into the college of your choice. Unless you want to go to All Soul’s College that is.

An imposingly beautiful structure with a forbidding roster of alumni, All Soul’s College is not open to undergraduates. If you want to apply, you’re going to need a first class degree from Oxford, or another equally renowned institution.

The Fellowship exam is notoriously hard to revise for and features very abstract questions. From ‘How can words be beautiful?’ to ‘Is meaning best understood via the concept of truth?’ If the examiners think you’re worthy of a place then you’ll be called to give a viva (an oral presentation of your answers and arguments). An infamous ‘fifth paper’ also used to exist (although it was dropped in 2010), which asked candidates to write an essay response to a single word, such as ‘Bias’ or ‘Innocence’.

The benefits for successful candidates are significant. Seven years bed and board in the college as well as a stipend of £15,000 per annum? Sounds good to me. When you’re not completing groundbreaking research you could be dining in a candle lit hall across from heads of state and Nobel prize winners. Alumni include Sir Christopher Wren, architect of St. Pauls Cathedral, Nobel Prize winner Joseph Stiglitz, and political theorist Sir Isiah Berlin.

Obviously, the stakes are high. And it’s tough – only two out of eighty candidates get in each year, and with each candidate having achieved a top First. There’s no shame in not getting in, however – just ask T. S. Eliot or Prime Minister Harold Wilson, who both famously didn’t make the grade.

Gaokao is the annual Chinese college entrance exam, based on the notoriously difficult Keju civil service exam of Imperial China. It lasts nine hours and is spread over a period of two days.

Due to the sheer number of students sitting this exam, competition is tough – around nine million students compete for the best grades each year. Only 60% of them will even make it to university, and a mere 0.2% will make it into a top-five school.

Revision becomes an almost Olympian feat. Students miss out on sleep, work fifteen hour days and hire private tutors to get the best grades. So intense that depression, anxiety, and even suicide are far-too common side effects of preparing for Gaokao. In 2007, one family even hid the death of a girl’s father from her for two months to avoid distracting her from revision.

Schools take disruption to students very seriously. During the exam, building work is suspended, flights and funeral processions diverted, and areas around schools are cordoned off by police. It even cause the Olympic torch relay to be rerouted during the 2008 Beijing Olympics. Gaokao also affects the economy, with restaurants and hotels near exam halls packed out. Families visit local temples to give donations and pray for their child’s success.

If you revise hard for your A-Levels, there’s a good chance you could score 100%. Not so in China. No one has scored full marks on this exam since 1977. Even bad hand writing will cost you points. Of course, cheating is always an option, but you’re going to need to be clever about it. For example, students have implant hearing devices into their glasses to bypass revision. To prevent cheating, authorities have started using drones as hall monitors and planting cameras in exam halls.

Think you could hack Gaokao? Test your knowledge here.

When you’re at school, each year brings with it bigger and bigger challenges. Th... Read more

You take your seat in the exam hall, open your paper, and it hits you then. You don’... Read more

How can I ‘smash’ the GCSE English Language paper?