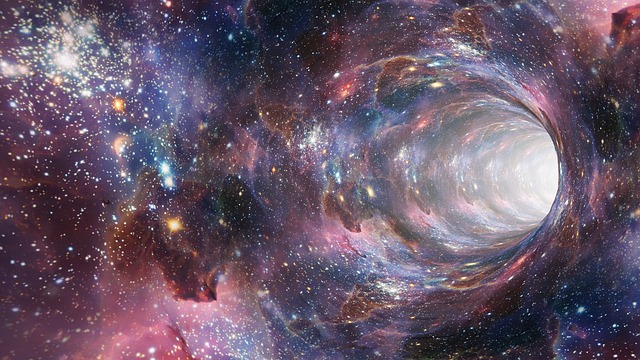 How are black holes formed?

How are black holes formed? What are they? And what would happen if you fell into one (provided you found a way to get there in the first place)?

How are black holes formed?

Black holes are former stars. Stars evolve starting off fusing an entirely hydrogen core into helium, and so on until iron is being fused. Anything beyond iron cannot be fused, as the creation of heavier elements does not result in a release of energy.

At this point, the balance between radiation and gravity is suddenly broken, resulting in a cataclysmic implosion of the star. Matter moves inwards at ¼ the speed of light. Once the supernova has formed all the other naturally occurring elements are synthesised, and what remains is either a neutron star, or a black hole (if the original mass of the star is big enough).

So what would happen if you entered a black hole

Firstly, if you even went close to a black hole, there would be no changing your mind. Once you near the interface of the hole, you cannot escape it. The only way you could is if you’ve managed to travel faster than the speed of light. Because a black hole is essentially a very dense compaction of matter, it has an immense gravitational pull, which will suck things into it.

Unfortunately, we don’t actually know exactly what a black hole really is. So we can’t be sure what happens to anything that enters because it doesn’t come out again. The outcomes of such a venture are not particularly promising. You basically have one of two choices: travel inwards for a short while and then die a gruesome death, or hardly make it in at all, and die and even more horrifying death.

The first option occurs in very large black holes, where you are a fair distance away from the singularity (the centre of a black hole), and thus the gravitational pull will not be quite as incomprehensibly large upon first crossing the event horizon. However, as you travel further inwards, the pull will grow increasingly stronger, until your cells are quite literally pulled apart into a strand of plasma!

The second option, will occur with very small stars. In this case the singularity is so close to the entrance, that you probably won’t even reach it, you will simply be vaporized in the extreme inferno before it.

How are they destroyed

Perhaps you wonder if these insane vacuum cleaners of space will ever disappear. And the answer to that is, yes.

It turns out, for the biggest ones to disappear, it will quite literally take 1 google years. We’ve actually identified the largest black hole, it is named of S5 0014+81. This truly colossal object is over 40 billion times the mass of the Sun and over 200 billion km in diameter (that’s over 15 million times the diameter of Earth).

It will eventually evaporate releasing energy equivalent to 1 billion nuclear bombs going off in a process called Hawking Radiation. Although we think of space as empty, it is not actually empty. Rather, symmetrical particles which are the same except opposite (confusing, I know), come into existence and then immediately self-­destruct. However, if this occurs at the interface of a black hole, it may transpire that one of these particles gets absorbed, whilst the other is not. This results in the hole releasing energy. Eventually, (after a google years), this will result in the evaporation of the black hole. By this time earth and the rest of the solar system would have become entirely uninhabitable. And even if it wasn’t, I would presume 1 billion nuclear bombs going off would probably do the trick.

Let’s just hope you don’t fall in one!

Ways to relax: how to unwind after exams

Finally exams are over… congratulations! Now is the time to reward yourself for ... Read more

A-Levels: how to choose the right subjects for your future

As the gateway to your dream degree or the access point to your ideal apprenticeship, ... Read more