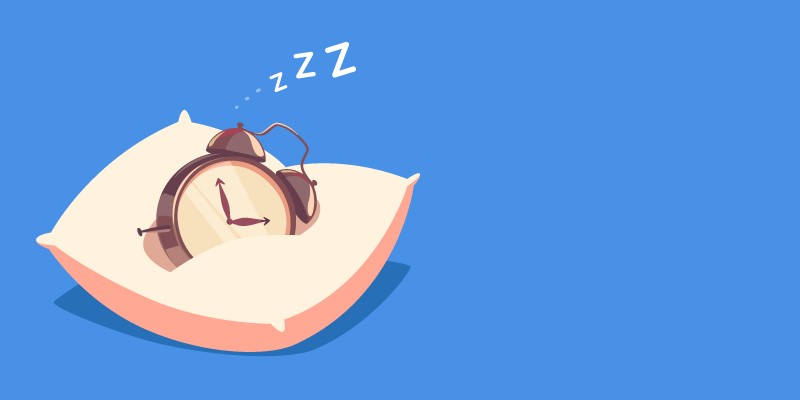 “I’m so worried about this exam, I haven’t slept in days.”

“Really? That’s awful. How are you it keeping together?”

“Well you currently look like a pirate to me, so…”

Students are a naturally sleep-deprived species. The reasons for this are numerous and, rather unsurprisingly, coincide with the exam period where desperation to achieve the best marks keeps them up until the early hours. We’ve already covered the effects of a good night’s sleep on our memory and revision, but with the assumption that you were sleeping for at least a few hours a night. However, what happens when we don’t sleep at all? How long can we go without sleep and what are the consequences of this? Now, we have a group of ambitious radio DJs and a rather sleepy student to answer these questions.

In the late 50s and early 60s there was a spate of radio DJs who decided that the best way to boost their careers, and raise some money for charity, was to stage a sponsored period of sleep deprivation for their adoring public. Peter Tripp and Tom Rounds set the bar high and managed to stay awake for 201 and 260 hours respectively. Rounds benefitted from the fame he gained from his stunt but Tripp supposedly suffered psychological disturbances afterwards – although whether these could be attributed to sleep loss is debatable.

However, their attempts were beaten promptly by a young man called Randy Gardner in 1964. This 17-year-old American student wanted to add a little more oomph to his school project and decided to attempt to set the record for sleep deprivation. He recruited the help of a Stanford sleep scientist, Dr William Dement, who tracked the effects of this record-breaking attempt on Gardner’s behaviour, mood and perception. In addition, on the request of some understandably worried parents, Gardner was also assessed by the local military hospital staff who ensured he wasn’t causing himself any lasting damage. In an impressive addition to this tale, unlike the radio DJs before him, this plucky student carried out this experiment without the aid of any stimulants. He ate and drank normally and had two friends who would take it in turns to make sure Gardner stayed awake. 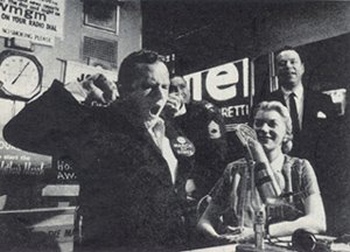 Over the course of the experiment, Gardner managed to stay awake for over 11 days or, to be precise, 264.4 hours. He had beaten the record for sleep deprivation. Gardner was able to bask in his glory for just a little over 2 weeks until someone else beat him. There have been many since who claim to have beaten the record for sleep deprivation (lots of people seem to have an odd desire to be really good at not sleeping). One poor fellow in 2007 thought he had broken the record but, for some bizarre reason, was unaware of a previous record set by Toimi Soini over 40 years earlier. Regardless, his efforts were in vein as the Guinness Book of World Records no longer records sleep deprivation marathon attempts due to safety concerns.

What were the effects on Gardner’s body and well-being over this period? He suffered lapses in attention, had difficulty concentrating, became irritable, and struggled to even watch television or focus on screens. As time went on, he started to experience visual hallucinations and somewhat bizarre delusions. For example, a report by the military hospital claimed Gardner started to see things such as a “path running through a quiet forest” appearing right in front of him. In addition, according to the hospital’s report, he believed he was a black American football star at one point. His mood deteriorated and fluctuated throughout and, understandably, he became more irritable and restless.

Nonetheless, Gardner was relatively lucid at the end of the period of sleep deprivation and suffered no long-term problems due to his experiment.  The psychologist studying him, William Dement, claimed that Randy could still beat him at pinball on the eleventh day and one must, presumably, be reasonably functional to do. Unless, that is, the psychologist was terrible at pinball. Interestingly, Dement’s report differed from the military hospital’s report, with the former claiming that sleep deprivation was detrimental to Gardner’s health and the latter saying it was not. Why this should be the case is not clear but it raises questions about what we can conclude from the experiences of this young man. 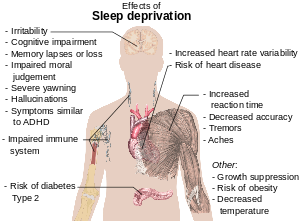 With that in mind, do these results fit with what we know from scientific research on sleep deprivation? Largely, yes. Sleep deprivation is associated with problems with attention, memory, and impulsivity. It is expected that your body will start to fight back against your determination to stop sleeping and you will drift into micro-sleeps sporadically. These are split second periods of sleep (think of when you catch yourself drifting off and nod yourself awake) and can start to explain why sleep deprivation can have catastrophic effects and even cost lives. The nuclear meltdown at Chernobyl was claimed to be, in part, due to the sleep deprivation of the technicians. Of course, it is impossible to say that a lack of sleep was causal in such accidents but there is evidence linking sleep deprivation and numerous other disasters.

Alongside lapses in attention, we also know that a lack of sleep can start to produce psychotic symptoms in otherwise healthy individuals. Psychosis is the presence of paranoia, bizarre delusions, and hallucinations. A frequently referenced paper in the 1960s argued that psychotic symptoms follow and become more pronounced as the duration of sleep loss increases. These reports tally with what we saw in Randy Gardener and other interspersed reports of sleep deprivation (you may even have experiences of this yourself). More recent studies have tested this under strict laboratory conditions and have tried to understand what may cause this. We are still not sure why sleep loss should lead to symptoms mimicking psychosis but it is a frequently reported link. It may be that we are less able to filter out unnecessary sensory information following sleep loss but this theory is far from proven. Another theory claims that we may be dreaming while awake and this may explain the bizarre hallucinations which follow sleep loss. However, there have been very few studies which have provided convincing evidence for either theory.

Mental health difficulties in general are associated with sleep loss and can be exacerbated by short-term sleep deprivation or insomnia. For example, sleep deprivation may induce a period of mania if someone already has bipolar disorder – a severe mental illness characterised by periods of manic behaviour and depression. However, the link between sleep and mental health is far from simple. There is evidence that a single night of sleep deprivation can actually improve mood in depression with a reversal of this antidepressant effect when the individual goes to sleep. We don’t fully understand why this should be the case but it is a neat example of the complexities of sleep and the current limitations of our knowledge.

The effects of sleep deprivation aren’t as stark as fictional accounts of sleep deprivation (such as the ominously titled “Russian Sleep Experiment”) but they highlight that there are significant consequences of total sleep loss. Case studies such as Randy Gardner are far from the norm but they provide interesting questions for scientists to explore with well-controlled experiments and larger samples. Randy was unaffected (according to Dement) in the long-term by his record-breaking stint of sleep deprivation but there is a reason that the Guinness book of record no longer reports new attempts to break this record. Attention, memory, and mental health are affected by periods of sleep deprivation and this can have long-acting consequences if experienced chronically. Sleep is anything but a passive state and certainly not something we should skimp on.

Oh, and unfortunately, I couldn’t find out whether Randy actually won the science fair or not. Instead I’ll leave you with this charming, and rather dated, game-show clip reminiscent of “Would I lie to You” starring our favourite sleep deprived student.

Jack B. is a PhD student at the University of Manchester. His research looks at why sleep is vital for our mental health and how too little sleep may explain strange experiences such as hallucinations and delusions. He tutors Biology and Psychology with MyTutor.
Also in this series:
Fishy Statistics
Wilder Penfield: Intrepid Cartographer of the Brain
The Extraordinary and Questionable Case of Phineas Gage
Coming soon:
The Joys of Sweaty Science and Cave Dwelling

7 Meaningful Ways To Commemorate the Centenary of World War One

As we reach Remembrance Day, World War One is everywhere.  It is on the news, the TV... Read more

The Whistle-Stop PSHE Lesson For Adults

Earlier this year, The Guardian reported that ‘philosophy for children’ b... Read more