Life moves to a number of intricate and well-balanced rhythms. As insufferable as that phrase sounds it is technically true. Each of your bodily functions are kept in check by a series of biological rhythms. Each of these form the basis of what keeps your body ticking over and keeps complex processes moving to a flexible groove. For those of you on the A Level Psychology course you will come across biological rhythms. As part of your exams you will need to be aware of some examples of these and the difficulties in assessing them. In keeping with the tone of these past few articles I thought I’d go straight to the weird and wonderful. Let’s start with looking at what we mean by biological rhythms.

The three main types of rhythms are ultradian, circadian, and infradian. Ultradian rhythms are those biological rhythms which occur several times over the same day whereas circadian are rhythms which occur only once over a day (e.g. sleep). Circadian, or circa diem, means about a day and our sleep-wake cycle from day to day is a prime example of a circadian rhythm. Finally, infradian, by contrast, occurs over a few days or longer, and you are probably familiar with one which occurs over the course of a month: the menstrual cycle.

Now, as you may be aware, there is the idea that women who live together get in sync and have their periods at the same time. You may even have anecdotal evidence of this, but is it actually the case? Let’s have a look at the evidence first, and a funny term: pheromones. A research paper by McClintock and colleagues in 1978 found evidence that women living in a dorm together actually started to coordinate their menstrual cycles which suggests that something was going on to cause these rhythms to match one another’s. The researchers argued that pheromones released by co-habiting women were responsible for the synchronisation of their cycles. McClintock then carried out an experimental study that tried to identify the cause of this synchronisation (e.g. what these pheromones might be) and to provide scientific evidence that manipulating these ‘pheromones’ can induce cycle changes. 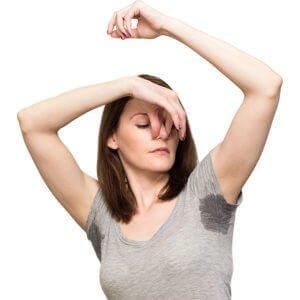 What did they find? The researchers identified two chemicals within sweat which seemed to modulate the menstrual cycle of recipients. If the donor was in an earlier stage of the cycle they would produce a chemical, or pheromone, which would delay the cycle of other women exposed to it and vice versa if the donor was in a later cycle stage.

As usual, it is not as simple as this and it’s uncertain whether this is a real phenomenon. For a start, by chance alone it is not that uncommon that a group of women living together would show some overlap of cycles. McClintock did not account for this and it may have been that the synchrony seen was random and not evidence of ‘pheromones’ producing changes in an infradian rhythm. In addition, statistical flaws in the early studies have been argued to be an explanation for the positive results. When these were dealt with, the synchrony effects were no longer found.

How about another example of the difficulties examining another biological rhythm – circadian. One important circadian rhythm is the sleep-wake cycle and the main regulator of this is light. We feel more tired when it gets dark and wake up when it starts to get light – with a helping hand from our trusty biological clocks. This process is controlled by an area of the brain known as the suprachiasmatic nucleus (or SCN for short) and the release of a chemical known as melatonin. However, what happens to this cycle in the absence of light?

There are several ways to scientifically assess biological circadian rhythms in the absence of external cues such as light. For example, we can place individuals into a ‘timeless’ environment and see how their sleep schedules change as a result. In the 1970s a series of studies in underground bunkers were carried out where participants were not allowed to wear watches, read newspapers or watch television. They were in soundproof rooms with no external lighting. In short, all of the potential time cues, known as exogenous zeitgebers, were removed. Under these conditions, the researchers identified the internal biological circadian rhythm was not 24 hours but varied from about 24.7 to 25.2 hours.

However, there was one outlier whose body clock did not change by such a small margin. One participant had an experience which was probably quite close to home for most of you reading this and anyone who’s ever had a deadline. A student approaching their exams felt that the bunker would provide the perfect environment to switch off from the outside world and focus on revising for their upcoming tests. I’m sure most of us can relate. Facebook, news, cat pictures, and BuzzFeed are things our work and revision could probably do without. Unlike the rest of the participants in the bunker study, this student’s biological clock increased to about 33 hours while under bunker conditions. As a result, the student protested strongly against being ejected from the bunker as they felt the researchers were lying to them about how much time had passed. Reassuringly, the researchers managed to get the student an extension in the end – apparently, science is a reasonable excuse for exam extensions (don’t try this at home). 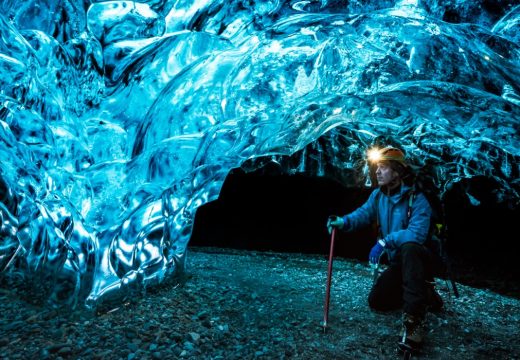 These findings were supported by a series of studies in caves. A less comfortable way to assess the impact of external cues on our sleep-wake cycle but which one French man called Michel Siffre felt was the best way to test humans’ biological clocks. He lived in a cave within a glacier for two months in extreme conditions which included bouts of hypothermia as he spent much of his time cold and wet. During this excursion, it was found that Siffre’s perception of time had altered and instead of thinking he had emerged on September 14th (as in fact he really had), he thought it was August 20th. During his time in the glacier, it was found that his biological clock was only slightly more than 24 hours. Surprisingly, this wasn’t his only stint spent in an isolated cave. Ten years later he spent six months in a cave in Texas wired up to devices tracking his vital signs over the course of his time away from civilisation. Again, his sleep-wake cycle ended up being just over 24 hours. However, during this longer period there were large fluctuations in his sleep-wake cycle as it moved from 18 to 52 hours. He also suffered mentally as a result of his long isolation and attempted to befriend a mouse (unsuccessfully) during this period in order to have some form of company.

More recently, it has been shown that technology is interfering with the length of circadian rhythms such as the sleep-wake cycle. If we read books on e-readers or tablets we are kept awake for longer and artificial lighting seems to extinguish normal fluctuations in sleep between winter and summer. Overall, these examples provide some insight into our biological rhythms and how they might be manipulated by others and the world around us. Earlier studies showed that biological rhythms may get in sync with others but are also quite content to run on their own. However, it also seems that modern life may also be altering the way that our body’s respond in ways we are starting to understand in more detail. The difficulty in studying these rhythms effectively is something which modern methods are starting to overcome, slowly and steadily.

Finally, to any students revising over the summer period: avoid revising in bunkers.

Also in this series:

The Extraordinary and Questionable Case of Phineas Gage
Wilder Penfield: Intrepid Cartographer of the Brain
Fishy Statistics
What happens if we don’t get enough sleep?

Jack B. is a PhD student at the University of Manchester. His research looks at why sleep is vital for our mental health and how too little sleep may explain strange experiences such as hallucinations and delusions. He tutors Psychology and Biology with MyTutor. Find out about Jack more here.
PreviousNext

Finding a job over the summer

Finding work over the summer is a great way to add to your CV and earn some extra mone...

You know all those extra curricular activities you do at school and uni? Sports teams,...

Life moves to a number of intricate and well-balanced rhythms. As insufferable as that...