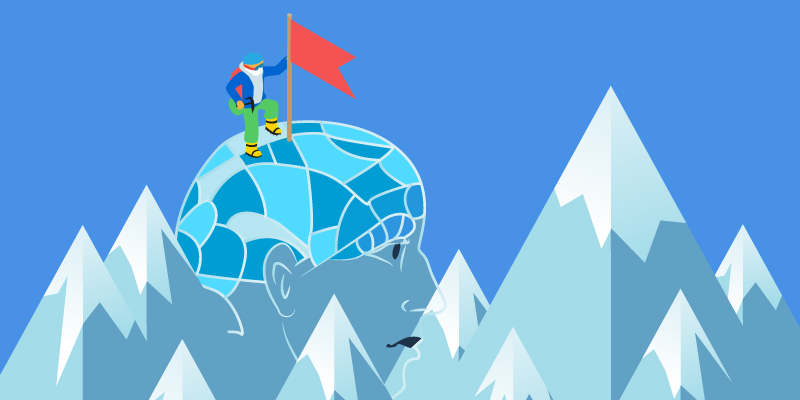 Previously, we addressed the case of Phineas Gage. The extraordinary (and questionable!) case of personality change following brain damage. This highlighted that specific regions of the brain might be responsible for specific functions – known as localisation of function. This should come as little surprise to a modern audience, but it was faced with scorn and distrust in the 19th century. Some felt that localisation of function was too related to the defunct practice of phrenology. Indeed, localisation of function is sometimes referred to as “scientific phrenology”.

However, with the case of Paul Broca’s patient Tan, who was only able to say the word ‘Tan’ after damage to the posterior region of his left frontal lobe, the evidence for “scientific phrenology” was growing. Additional work on animals in the late 19th century supported these claims, and this is the stage onto which our next person of interest steps. His name was Wilder Penfield.

Wilder Penfield, born in 1891, was an American-Canadian neurosurgeon who conducted pioneering research into brain functioning and surgery throughout the 20th century. His work developed from the notion of localisation of function and, indirectly, plasticity within the brain (i.e. the notion that the brain is not hard-wired but is flexible with experience and time). Many of Penfield’s patients were being treated for epilepsy and surgical intervention was the last resort for those who had not responded to medication.

However, like many brain operations, the patient is awake while the surgeon operates. This allows the surgeon to understand the function of the regions they are about to cut into. So, under local anaesthetic, Penfield was able to probe the minds of his patients to guide him professionally, as a surgeon, but also to understand the functioning of the grey mass under his hands. In a methodical manner, he would stimulate part of the exposed brain with electricity of increasing intensity (while being careful so as not to damage the tissue) until a response was produced. Over the course of hundreds of operations and with meticulous markings, using sterilised paper, he steadily created a functional map of the brain (i.e. identified what parts of the brain carried out what function). This highlighted a curious insight into how the body is represented within the brain. 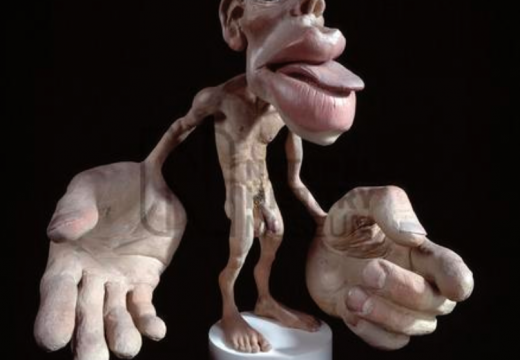 For example, Penfield noticed that by stimulating a region called the primary motor cortex he could elicit movements in his patients. These included finger twitches, noises produced by the patient, knee jerks and blinking. Interestingly, the regions of the body which electrical stimulation affected were predictable, largely, as Penfield moved up and down the primary motor cortex. The difference was the relative area dedicated to each region of the body. Some were larger, some were smaller. As you can see from the charming individual above, this is how your body would look if it accurately mapped out the representation of how much neural real estate in the primary motor cortex was dedicated to each body part. I know, attractive, right? This bizarre character was referred to as a homunculus (literally, Latin for “Little Man”). His curiosity not sated by the motor cortex, Penfield also produced a map for the primary somatosensory cortex too. This showed how parts of the body deemed more sensitive (e.g. lips and hands) had more space dedicated to them within this strip of the brain. By the way, if you’re ever in need of a geeky thing to do in London, you can see both the motor and sensory homunculi on display in the Natural History Museum.

What else did Penfield find with his experiments on the brain? He also stimulated a section of the brain known as the temporal cortex to surprising effect. Patients would experience a range of results: they would start to hallucinate, remember old and fond memories, or experience out-of-body experiences. This was not the experience of everyone whose temporal cortex he stimulated, but this work pointed towards what we now know about the temporal lobes. Interestingly, some patients experienced musical hallucinations. For example, Penfield reports on individuals who heard “White Christmas”, “Hush-a-Bye Baby”, music from Guys and Dolls, and one case even reported he heard his parents singing Christmas carols.

Oliver Sacks, in ‘The Man Who Mistook his Wife for a Hat’, identified a great example of these musical hallucinations in an elderly woman referred to only as Mrs O’C. Now, it is important to know that Mrs O’C was “somewhat deaf”. One night she started vividly hearing Irish songs being played loudly and incessantly. She assumed this must have been a neighbour playing their radio too loud. However, upon examination by Dr Sacks, the culprit for her noisy neighbour was found. She had been hallucinating these old songs from her childhood. A small stroke was found to be the cause and the damage had likely led to seizures in her temporal lobe. The excessive electrical activity of the temporal lobe, as shown in Penfield’s studies, produced musical hallucinations of a not-unpleasant sort. Of course, this doesn’t mean that Penfield had hit upon the music spot of the brain, but the stimulations seemed to stir up old memories with breath-taking definition.

Wilder Penfield also had a sibling, known as Ruth. Her mention is relevant because she made her own contribution to our understanding of the functioning of the brain in a more tragic way. A devoted housewife and an intelligent woman, she was diagnosed with a brain tumour located in her right frontal lobe. This needed to be removed and her own brother took the case. It’s questionable whether such a procedure would be performed by such a close relative now, but it also perhaps speaks of the prominence of Penfield that he was able to be his sister’s surgeon even then.

The operation was a success, although his sister noticed changes in her behaviour (link to previous article) consistent with frontal lobe damage. However, two years after the initial surgery the tumour returned and attempts to remove it again only bought her several months of life. Penfield reported on his sister’s case, and the symptoms we now know follow from frontal lobe dysfunction, in the journal Brain in 1935. You can read the paper yourself and it’s clear that he struggled with his decision to use his sister’s experience. He writes, “if she were alive, I am sure she would approve of such an analysis in the hope it would help others”. In light of the insight into his sister’s caring demeanour, we find ourselves agreeing with Penfield’s conclusion. Science is not always sterile and clinical, devoid of emotions in the quest for unearthing hidden knowledge. It can be tender, moving, and with the power to make you stop completely and suddenly in your tracks. We forget about that as students and scientists. Behind every study and every evaluation point which boosts you through the grade boundaries, there is a story behind the evidence you’re using and the question you’re answering. In this case, localisation of function is not just based on case studies but human beings with incredible lives. This of course will earn you no additional marks in the exam, but it may help remind you why you chose to study this subject in the first place.

Penfield’s contribution to the understanding of our brains was vast. In a similar manner to past explorers of mysterious and bizarre lands, he constructed maps of the alien landscape placed in front of him. These maps are still used today, even if we have found ways to improve and build further still on his work. His example finishes our section on localisation of function and hopefully highlights that delving into biopsychology is not simply an exercise in learning about types of cells and maths. Those cells make up human beings with incredible stories, which form the road to understanding the most enigmatic of organs.

Jack B. is a PhD student at the University of Manchester. His research looks at why sleep is vital for our mental health and how too little sleep may explain strange experiences such as hallucinations and delusions. He tutors Biology and Psychology with MyTutor.
Also in this series:
The Extraordinary and Questionable Case of Phineas Gage
Coming soon:
Fishy Statistics
What happens if we don’t get enough sleep?
The Joys of Sweaty Science and Cave Dwelling

With your textbooks laid to rest for the summer, it is a great time for you to catch u... Read more

Alice tutors English and Latin with MyTutor as well as working in the art world, she s... Read more

Revision is unfortunately an essential part of school, college, and even university li... Read more